Statistics released in the UK by the police state that “85% of burglars avoid properties with an intruder alarm or CCTV security system”.

So for businesses without the correct security in place, it is more a case of when they will be affected by burglary rather than if.

Electronic security systems can be divided into analogue and digital IP set-ups.

Despite being an older technology, analogue CCTV cameras are still widely used as they are often seen as the more cost-effective solution.

The cameras capture an analogue video signal which is transferred to a digital video recorder (DVR) where is it then converted to digital and compressed.

The lower resolution of analogue cameras makes monitoring and identifying intruders relatively difficult, especially where there is low light.

IP cameras, on the other hand, have a resolution which is many times higher, can zoom over greater distances and record moving objects more clearly.

They convert the analogue image they capture directly inside the camera and transfer the digital stream to a network video recorder over a local area network. 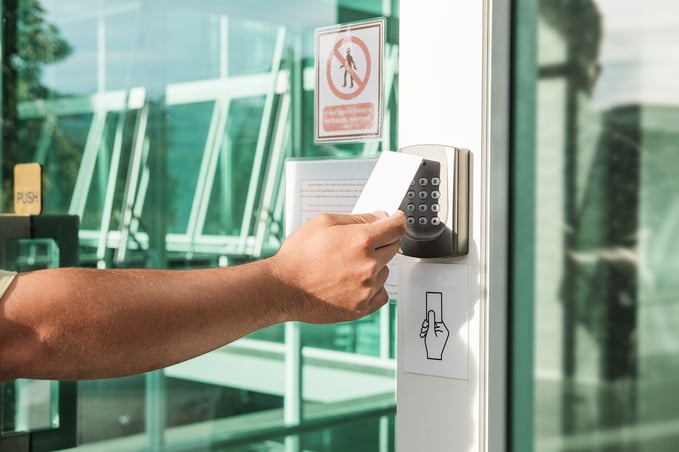 Within a digital security system it is much easier to integrate a variety of modules.

There are three main building blocks of an effective integrated electronic security system:

And once in place, adding video analytics software to this foundation greatly enhances detection capabilities.

Video analytics offers features such as:

Easier to recruit and retain staff

Minimal disruption to the business

An effective and properly designed security system also helps to maintain focus on core activities and streamline resource allocation resulting in savings on the 3 M's:

There are many set-ups, so take time to first assess the threats to your site and identify where it is most vulnerable.

Then you can be sure of choosing a security system which not only protects your business but also makes you savings.